Students have been firm and clear in their demands for fairer and more acceptable benefits from the Student Education Fund and for the right to unemployment benefits in line with the rights of the working population. Throughout the coronavirus outbreak, government efforts for students have not been aimed at the larger student population and cannot be considered long-term solutions. Thus, they are left behind while the economic consequences of the pandemic are worked hard on and dealt with in other areas of society. Long-term solutions to financial security for the entire student population are essential.

The Student Council hereby reaffirms students’ claim to unemployment benefits and the increase of basic support of maintenance loans with the Student Education Fund. There must be the political will of the government to provide financial security for students.

Icelandic students work the most alongside their studies

Early figures from the seventh round of EUROSTUDENT VII, released in October 2020, show that 72% of Icelandic students work because they would otherwise be unable to study. It is the highest percentage of students in the nordic countries. At the same time, early figures show that 31% of Icelandic students are experiencing financial hardship, and 25% feel that their work affects their academic performance. Here we point out that the survey was submitted in the spring of 2019, before the coronavirus outbreak, and it can be concluded that student status has since deteriorated.

The Student Council has also referred to the Housing and Construction Authority’s Office, which reported at the end of November 2020 that the number of young people aged 18-24 is declining in the rental market as a result of the epidemic, with a huge increase in the proportion of those living with their parents from 42% to 70% since the end of 2019. It is also pointed out that unemployment among this age group has more than doubled, and the number of people working has plummeted by 14,5%. In addition, according to the latest unemployment statistic from the Bureau of Labor Statistics, over 46% of unemployed young people are aged 18-34. It is worth mentioning that students are not all listed in these numbers because they are not on the unemployment roll since they are not eligible for unemployment benefits.

The vicious circle of students in the student loans system

The Student Loans System is aimed to catch and support students, which is the only argument against student unemployment benefits, since the student loan system cannot be bound together with the unemployment benefits system. These are separate systems that have not been modified to work together. The Education Fund is supposed to provide for students with financial support during the school year, but no system is in place that catches people in the summer if they are not in school or without a job.

The Student Education Fund is to provide opportunities for people to study in the form of loans and scholarships.The Student Council feels that it is time to reconsider and substantially increase the basic support of maintenance loans to ensure that students can pursue their studies carefree. The basic support must correspond, as a minimum, to the typical consumption norm of the Ministry of Social Affairs. Students are unable to meet their expenses and, more often than not, need to work alongside their studies to support themselves.The student loan system, as it is today, is therefore pushing students into a vicious circle where they have to work in order to support themselves, even though taking maintenance loans. It then hits back at students as the tuition threshold penalizes those earning in excess of 1,364,000 ISK a year. 45% of the annual surplus comes on a student loan deduction. The loan balance of 189,500 ISK falls in line with the reduction. Because of the recession, students still have to work more – continuing the vicious cycle.

The Student Council opposes efforts to enter the workforce when they are on student loans. Basic support of maintenance loans is designed to be sufficient to support students and to give them the opportunity to study carefree and without financial problems.

The Student Council’s demand for unemployment benefits is that all students who have to seek economic aid because of unemployment have the opportunity to benefit from it in the same way as the rest of the country. In accordance with Article 3 of Act 113 1990, the state income from the employment tax due on salaries of the employees goes to the Unemployment Insurance Fund and the Insurance Fund of self-employed people. Today, the fee is 1.35% of the salary of all working people and students. The students, however, are excluded from the unemployment insurance programme.

If, for example, 70% of students at the University of Iceland work alongside their studies, half-time in winter and full-time in summer on a minimum wage, the unemployment insurance policy for that group amounts to over 4 billion ISK since 2010. However, EUROSTUDENT VI, states that students work an average of 26 hours a week with 70% studies, making the figure considerably higher than the 4 billion students have paid into the fund. It is absurd that students have been held without entitlement from the fund for a decade. If we were to return to the system in place before 2010, working students would simply be able to pursue the rights they have earned by paying employment insurance on their salaries. Unemployment benefits themselves would therefore be in harmony with the amount of work done by an individual over the past 36 months, just as it would be for others who lose their job.

Unemployment benefits are intended for those who lose their job because of a recession or similar situation and are thus forced to seek financial assistance. It was realised in March when hundreds of students became unemployed because of the coronavirus, with nowhere to turn for financial assistance. It is urgent to ensure that similar conditions do not recur, like the setback due to the epidemic or other challenges in the future. The legal circumstances must be changed so that students have access to unemployment insurance funds and avoid the burden of falling on municipal welfare services. They do not bear responsibility in such cases, simply because parts of student wages are payed to the state unemployment fund.

The Student Council has found a great deal of support with its demand in the community. LÍS was responsible for collecting signatures calling for support for the students’ claim for unemployment benefits, which was signed by 2,814 people. The University co-operation committee, which consists of all rectors of universities in Iceland, supported the students’ demand for our right to unemployment benefits. The rector of the University of Iceland, Jón Atli Benediktsson, signed the statement on behalf of the committee. In the Althingi, we have been quoted and supported, even quoted by the Prime Minister. A resolution was presented at the Althingi on measures in favor of students due to Covid-19 and one of them was to guarantee students the right to unemployment benefits in the summer of 2020. The Icelandic Confederation of Labor also accepted the students’ demand at a press conference in May, and 84.2% of students said that they supported the summer student unemployment benefit claim. At a meeting of the Reykjavík City Welfare Council in December 2020, representatives of three parties presented a protocol in which they challenged the state to meet the needs of students by giving them the right to financial assistance from the Unemployment Insurance Fund.

This is a very legitimate demand that the council and students make to the government, where it is requested that equality be maintained among working people and also that students not be deprived of financial security just for the sake of studying. It is a fact that students contribute to the Unemployment Insurance Fund with their work, and that in itself is reason enough to embark on changes to the unemployment insurance system.

The number of students at the University of Iceland has increased considerably, and the university received twice as many applications for postgraduate studies this spring compared to last year. This increase was prepared for, and it can be traced to the social situation due to the coronary virus and the government’s emphasis on education leading the nation out of this crisis. The actions are to encourage and support people to return to school. It will not work unless other measures are in place, so that current students and others who are now considering returning to school have the opportunity to complete their studies.

There must be a political will on the part of the government to provide students with the financial security they have longed for. Students should be able to study without having to scratch through financial difficulties and worries.

Student Council Meeting on May 18th 2022 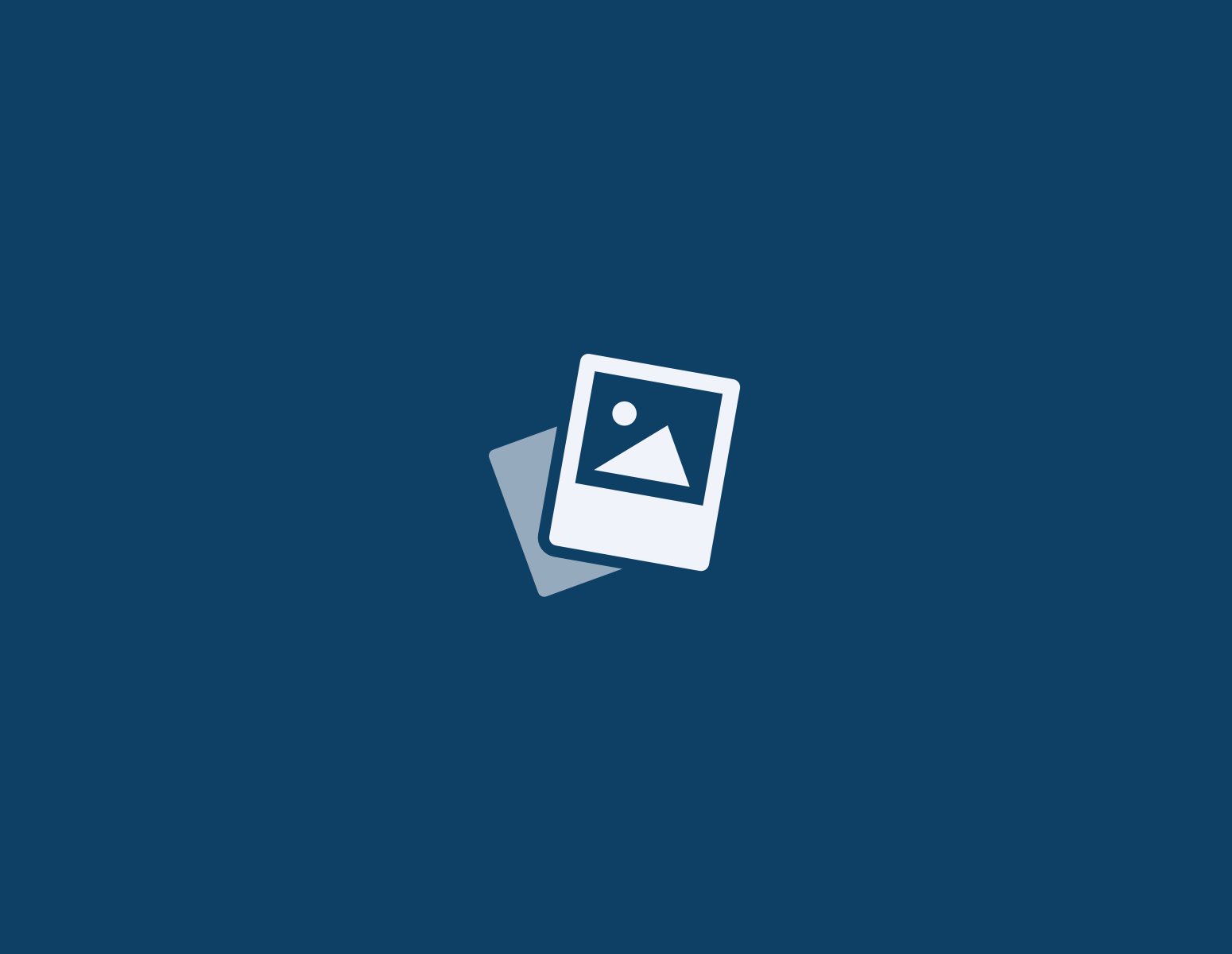 Positions of Managing Director and Editor 2022-2023